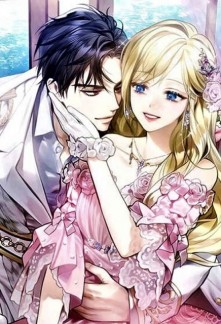 In the land of magic and beasts, Sylvia was betrayed by her family and sold off as a slave. She was expecting the worst, but fortunately, it was a handsome prince who had ‘bought’ her! Who doesn’t love a charming, benevolent, and kind prince, not to mention ridiculously handsome?

But, little did Sylvia know that the charming handsome prince was no angel but rather a devil in disguise!

The calm, kind and good-hearted Sylvia found herself slowly changing under the devil's influence but worst of all, she found herself becoming more and more addicted to the two-faced devil who harbored dark and dangerous secrets.

But could she ever fully trust the shameless devil? Or was he just one of the many who desired her hidden powers? Let the games begin!

"Are you getting ready for your engagement, my sweet kitten?" The devil's familiar voice drawled, making Sylvia's entire body tingle with an unfathomable need.

She gazed into his dark coal black eyes, lost within them, as he rubbed her lips with his thumb. This man... This man in front of her alone had the power to make her knees weak and her heart crumble.

"Heh. Being silent, are we?" The devil chuckled, his hand moving away from her lips to the back of her head. He clutched a handful of her soft silver hair and pulled her closer to him, capturing her lips with his.

Sylvia snapped out of her trance and commanded her body to push the devil away but her traitorous body only yearned for him more and she wrapped her hands around his neck instead.

The devil's lips curved upwards, his grin widening in satisfaction. His hand then moved down to her gorgeous engagement gown laced with diamonds and rubies which came undone as soon as he touched.

The laces, the veil, the flowers, the jewelry, everything was ripped to shreds, leaving behind only herself. An entire morning spent on getting ready and dressing up gone to waste just like that!

"You!" Sylvia glared at the shameless devil angrily. She had given him an inch but he went for the mile!

She pushed him away with all the force that she could muster, pinning him against the wall, imprisoning his rude mannerless hands.

"Heh? Why are you angry, my darling? Aren't I helping you? Why waste your time attending the meaningless engagement, when you already know that you belong to me and me alone?"

"Is that so?" The devil leaned forward, gently knocking his forehead with hers. "Shall I leave then...?" He whispered, his warm breath caressing her cheeks.

She gave into the man's wicked allure and pressed her lips over his, stopping his mouth from taunting her and teasing her any further.

Reincarnated as a Dog with System