She Belongs To The Devil 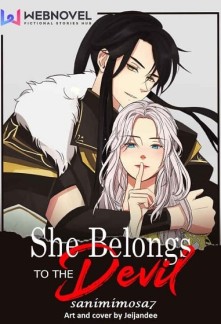 She Belongs To The Devil

[WARNING: MATURE CONTENT] Theodore was not satisfied by just looking at her, he wanted to touch her.

He slowly raised his hand and approached Princess Adeline. But Adeline subconsciously pulled back and shouted again, “I have already warned you, not to do anything like before. Or else I will…”

Instantly, Theodore’s cheerful face turned grim. His golden eyes were now blood red and were staring very deeply at Adeline’s eyes. He was starting to emit a dark aura around him.

Before Adeline could react, in the very next moment, Theodore pushed Adeline flat on the bed and was on top of her. He pinned both of her hands down with his hands and whispered near her ear, “Or else you will what? You will shout for your maids again?”

Theodore sniffed in the sweet aroma that Adeline was giving off and gave a wicked smile, “Oh! I want you to try. I want you to try calling for your maids again. But don’t be shocked when I seal your juicy lips with my own lips.”

Adeline had never in her life expected to see this side of Theodore. Yes, she knew he was the Devil but...