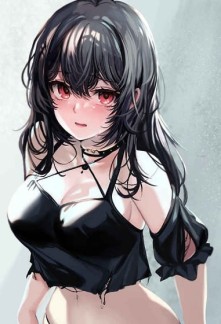 ---
When Leon was eight years old, he lost his parents and younger brother in a terrorist attack. Fortunately, he and his older sister survived.

Their custody was given to their uncle, who was the only available relative. However, their uncle was a thug, and he would often chain Leon and his sister and beat them mercilessly.

That continued for ten long years.

One night, when his uncle was beating him up, there was an announcement on the television.

[Today's date- 12th September 20XX. Time- 18:18. Due to the increasing population and advanced technology, thousands of homeless, uneducated, unemployed, and criminals roaming in the country are a useless burden to the world. So the government has come to a solution that on every 13th of the month, from 12 AM to 6 AM, all the crimes, including murders, would be legal.]

After hearing that announcement, something awakened inside Leon.

One month later, he live-streamed the murder of a bigshot and became the world-famous— Secret Killer.

Note- This is a psychological genre novel, so expect the unexpected. If you have a weak heart and you can't digest dark stories, then this novel is not for you.

Esper Harem in the Apocalypse