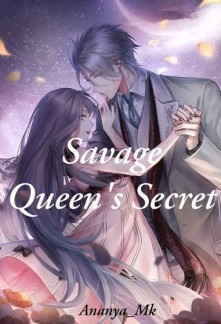 Before she could open the door, Wang Shiwei pushed it from behind. He was standing just behind her with his arm on the door near her head.

She turned back and what awaited her was his handsome face which was way too close to stop her heart from racing.

She was looking down to make sure that her heart remains calm, but his warm breath was coming closer.

“Why the hell I am getting this feeling, that he is coming closer?” she thought and glanced at his face and it turned out that he was more closer to her then 2 cm.

Just a little push from back, and his lips can press hers. It was unbelievable and she was curious as to why Wang Shiwei was standing so close to her when he didn’t even liked her and moreover she was sure that he would hate her after what she did in the morning.

“What are you doing?” she asked while looking at his lips and eyes, which was scanning her face.

He smirked, “Just trying to fulfill your desire”.
Caixia eyes become wider as she heard his words from his sexy lips, she gasped and putting her right hand on his chest, she tried to push him away.

He grabbed her wrist which was pushing his chest and pressed it on the wall, looking down at her lips, he slowly moved his head toward her.

She is the only daughter but her parents favors her cousin ‘Dan – Lin’ more then her. Dan- Lin always mistreated Li Caixia and took the things which belonged to her.

Wang Shiwei the wealthiest, handsome and the most famous bachelor of the country and was also called as the emperor of the ‘KU- GYE’ country.

He was also the man liked by Li Caixia and she almost ruined her reputation to chase him but he never looked back at her.

On an ominous night, Li Caixia dies in an accident but wakes up on her funeral which scares the hell out of her family and people present there.

After getting all the previous memories of Li Caixia, Wu Aili decides to avenge herself and the owner of the body but while she was on her way to achieve success, somehow she get tangled by the wealthy Wang Shiwei who now forces her to stay with him.

As they get together slowly the secret behind Wu Aili and Li Caixia death unfolds.