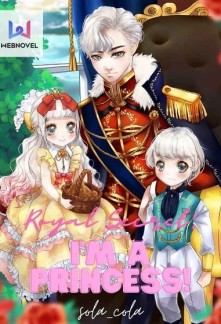 Neoma is once again reborn as a hidden princess with a tyrannical father and a yandere twin brother.

She died at the hands of her psycho brother in her first life. But luckily, she was able to charm her "big brother" this time. Her father remains a sc*mbag but a blessing in disguise happened when her twin brother got "sick." Because of that, she has to pretend as the "Crown Prince." As long as she has to, her father is forced to treat her well.

Now, she's on the road to becoming a lady of leisure.

But for some reason, despite her laziness, she still ends up completing royal duties that make her OP (overpowered). Dammit, is this the power of "storyline" to make the "protagonist" strong? The next thing she knew, she's already prophecied to be the first empress of a very patriarchal empire.