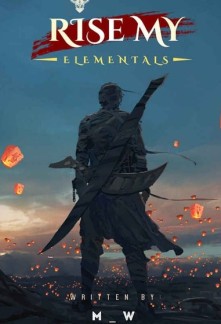 50 years, the Humans lived in endless suffering and torments. They were all forced to run from one place to another or else they would be enslaved by other Foreign races that had long been living in the Celestial World.

Fortunately, the Humans were finally able to slowly developed its strength and power in the Celestial World through the sacrifice of countless Humans after that 50 years span of time. However, it was mysteriously Fated not to last long as an unknown power has suddenly started doing everything to destroy the Humanity's Kingdoms and Empires.

A young man by the name Leo Heart had its Fate suddenly rewritten by some unknown power to stop this unprecedented doom of the Humans after a red cube, that the Heart Noble Household had been keeping as a Family Heirloom from the very start of the Humans existence in the Celestial World, suddenly jumped up and embedded itself into his right palm.

A world full of Mystery, which Magic and Mana had become every races foundation of existence. A young man that had lost its family for the Humans existence has its Fate unexpectedly rewritten after such encounter.

But, would it be enough to stop this so called unprecedented doom?

A Girl's Life in a Gaming World