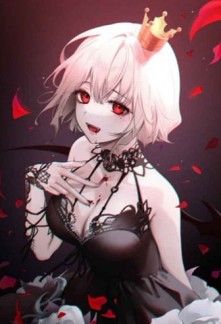 September 9th, 2023. A large black sphere manifested in the skies above all across the world.

No one knows how it happened or the underlying causes of it, but one thing is certain: it marked the beginning of the end.

One by one, human's began to awaken supernatural abilities, a new source of energy had come into existence on earth.

People's bodies became catalysts for this newly discovered energy, especially those who awoke these abilities.
Unfortunately for the Human's, it wasn't just their faction which was awakening these abilities.

The Vampires to awakened. Feeling threatened by the new power that the humans would have whilst also feeling confident in the new strengths of their own... The vampire's decided to wage war on the humans.

Our protagonist, Xavier Trigger, a young college student, was one of the many civilians who were caught in the middle of this war completely unaware of what was going on.
,
[You have died.]

An inexplainable notification message occupied the entirety of "MC's" vision