Returning To The Cultivation World Through A Game 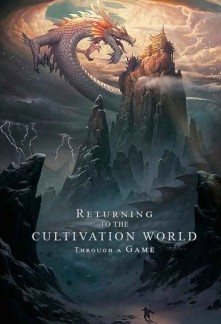 Returning To The Cultivation World Through A Game

But after his death, he was reborn in a mortal world called earth. It is a world that is advanced in technology.

"Why is the name of this game the same as the name of my original world?" Qin Tian wondered in confusion when he first heard about the game.
...

This novel also has a very good romance harem, soo, if you are a harem fan, I'm sure you will really like this one.