Return of the Woodcutter 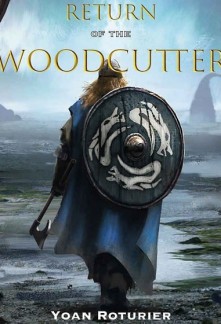 Return of the Woodcutter

Aito Walker was a self-proclaimed martial artist, then a prisoner in jail, a broken man, and a fishing slave who later became a woodcutter before dying due to his heavy consumption of alcohol.

With thousands of other humans, he is forcefully revived into a boundless grey space by the gods of a foreign world, Iris, to take part in a never-ending war waged against Fearmongers. A race capable of corrupting living beings and inducing fear, even the bravest of warriors cannot resist—when the Fearmongers do not kill them, that is.

To bait humans into this conflict, the gods offer the mortals powers in exchange of eternal servitude and the completion of trials before finally entering Iris.

Even though Aito doesn't agree with it, he sees in Iris a chance to atone for his past misdeeds, in this fantasy world of swords and magic filled with many races, where everything seems possible.

He will pave his own path despite the gods he despises trying to manipulate him into doing their bidding.

Aito will start with almost nothing but his wit, a peculiar system, and increased strength—much like other revived humans.

Bearing a sin—he could not, cannot, and will not forget—haunting him to this day, Aito will strive to regain what little honor he has left.

He will suffer and, at times, fail. Taking advantage of his weaknesses, the Fearmongers, demigods, gods, and many others will hinder his path.

But a powerful yearning will keep him from falling apart. An ever-burning flame melting away the despair and welding back the broken pieces of courage.

"I will find redemption no matter the cost."

Or not, hun, who knows? The book isn't done yet. Haha—

"Who put this guy in the synopsis narration!? Get him out of here and launch the warnings! Now!"