Reincarnated With A Summoning System 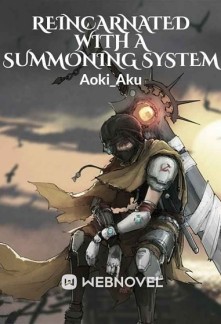 Reincarnated With A Summoning System

Being stuck in a game nobody leaves doesn't sound half bad to Cain. He was a high school dropout with a drinking problem, living off disability due to his poor health, so it's not like he had much to lose except a few faithful friends he didn't talk to enough.

After a long night of drinking, Cain wakes up looking at what he believes to be the character creation screen of one of his beloved virtual reality games, but with no recollection of having purchased it. Choosing Random Character Creation, not knowing the choice would be irreversible sends him into this new world as a Puppet Master, a Summoning based class nobody else has heard of.

But as he soon realizes, this is no game, him and hundreds of others have been brought to another world with no instructions, no clear goals and no way home. It's a second chance to live a good life, but what will Cain be able to make of it?