Rebirth of the Evil Mother-In-Law 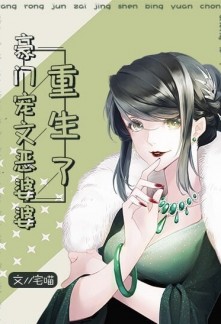 Rebirth of the Evil Mother-In-Law

After dying alone in a mental institution, Fang Junrong discovered that she was the evil mother-in-law in a prominent family doting novel. Her daughter-in-law was the female lead who was loved by all.

In the novel, the female lead was kind and nice, and the male lead loved her so much that he’d die for her in a heartbeat.

Her future father-in-law doted on her and treated her better than his own daughter.

Fang Junrong, the evil mother-in-law, was the only one who didn’t care for her. She had gotten the evil character’s script and wanted to set the female lead up every chance that she got and finally landed herself in the mental institution.

After she was rebirthed and facing her son who wanted her blessings, Fang Junrong tore up the script. Whoever wanted the role of the evil mother-in-law could have it! She was going to get a divorce and take half of the money, then she’d figure out where she wanted to go from there!