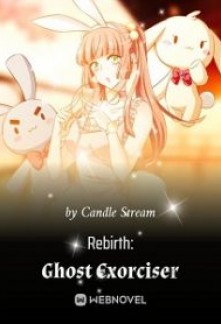 Chi Shuyan lived miserably in her past life. She obviously has great fortune, but it is ‘borrowed’, and so her great fortune turns into bad luck—a good hand turns rotten. Her family falls apart and dies. Her relatives take possession of her properties. She is reported for cheating during the college entrance exams. Her future is in total ruins.

And she still foolishly feels grateful to her best friend who had orchestrated it all.
Until one day, a Celestial Master spots the deception and takes her as her apprentice.
Chi Shuyan rises from the ashes, becoming a blood-soaked demoness, whose name makes people tremble in fear as she slays all evil people. This ends up ending her own life.
Reborn once more, she returns to when she is 17-year-old with the memories of her previous life before the college entrance exam.
In this life, she is endowed with supernatural powers and can foresee anyone’s fate and future with great accuracy.
She vows to trample on all those who caused her family’s ruin in her past life.
But before she can exact her revenge…
One day, she touches a business magnate, and sees herself wearing some kind of cat ears sexy outfit coming out of the bathroom before kneeling at the man’s suit pants, calling him Daddy!
Chi Shuyan is shocked: How bad is my life going to be in the future? How can it be so indecent!
Qi Zhenbai, the ruler of the powerful and deep-rooted Qi family in the capital, fully deserves being God’s favored one – handsome in appearance, indifferent in character, iron-blooded and strong in means and the second most sought after bachelor in the city. He is a hotshot, except for being so weak and sickly that doctors have determined that he won’t live past 30.
His past life ended at 29.
However, this life is fated to be a little different after meeting her.
Making money in summer vacation.
“There are too many crooks these days.”
“Exactly, they perfectly able, but they don’t look for a good job.”
A group of people points at Chi Shuyan, who has set up a fortune telling stall. On the one hand, she is discouraged from pretending to be a swindler, but also encouraged to resemble one slightly. Chi Shuyan stays firm, drawing talismans while sucking on a lollipop.
One month later…
“Master Chi, fortunately you told my fortune. You allowed me to escape the misfortune.”
“Master Chi, how much is this Ghost Ward Talisman? I want 10 of them!”
“Master Chi, can you help me calculate my family’s luck in passing? Money is not a problem.”
People’s eyes glow as they look at Chi Shuyan collecting excessive amounts of money. To look so sage-like even when doing a tacky task of collecting money, she’s indeed an erudite expert.