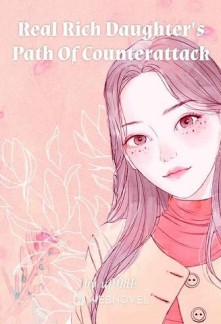 Xie Chaochao was originally the daughter of a wealthy family who was supposed to grow up with a silver spoon in her mouth. Yet, her good fortune ended when she met her evil stepmother. When she was less than a year old, she was thrown into a ravine by her vicious stepmother and left to fend for herself! However, a newly released murderer picked her up and brought her home. From then on, the two of them depended on each other for survival. Xie Chaochao grew up among the animals. Tigers and snakes were all her friends. In the eyes of outsiders, Xie Chaochao and her adoptive father, Xie Zhou, were a pair of weirdos. Everyone in the village avoided them. Xie Chaochao, who did not know her background, grew up without any worries. When she was five years old, she met a rich and knowledgeable old man and learned a lot from him. Even her adoptive father who was once a murderer became a business magnate. Xie Chaochao had become a true rich daughter, but it was at this time that Xie Chaochao's family came knocking on her door. When Xie Chaochao learned of the truth behind her mother's death, she decided to return home and avenge her mother. Afraid that the cat would be out of the bag, her evil stepmother tried to kill Xie Chaochao several times. However, Xie Chaochao was no longer the baby at her stepmother's mercy like she once was. She had Xie Zhou, her adoptive father who doted on her, and her military advisor grandfather with her this time! There was even a mysterious man who always helped her when she was in trouble…