Necromancer: Rise of the Undead Lord 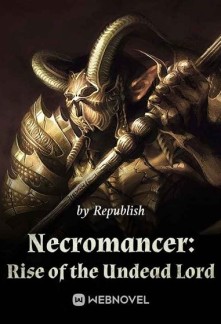 Necromancer: Rise of the Undead Lord

Chu Qi woke up ten years in the past, the night before the next generation "Infinite Worlds" was launched, a game only Chu Qi understood the importance of.

Players who reach a certain level in the game would start seeing their abilities manifest in the real world, and as the game was released, the countdown until the end of Earth would begin as well, merging the two worlds into one. The Gods would descend, and the planet would be thrown into chaos and destruction.
Armed with the knowledge from the future, he secures a hidden character class of the highest grade, the Necromancer, and vowed to regain what was his and pillage what was not.
As the Undead Lord, Chu Qi steps onto the path to glory with basic Iron Summons of Skeleton Warriors to Bronze Summons of Skeleton Elites, until the Silver Summons of Skeleton Captains and Gold Summons of Death Knights and finally the Diamond and King Summons of Death Dragon Knight and Skeleton King...
A life of excitement from battles where he would trample his enemies and become a legend. It was a grander future than Chu Qi could ever ask for.