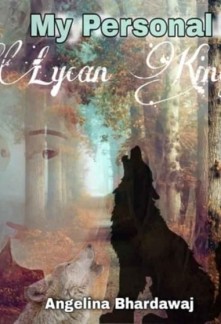 Victoria Gibberson, an 18 years old telepathic girl who can read the mind of others whenever she wants. It was a curse more than a gift

Her parents died in a car accident, one year back and thus, the first thing she did after completing high school was to change her place of residence.
Moving in a small town called Pearly Canines with her aunt, she said goodbye to the old memories wanting to start fresh with her college studies.

But there was something wrong with this place. The vibe she was getting was one of creep but luring her in at the same time.

The thing that was most strange to her was, she felt an undeniable attraction to this guy called Alexander Hunter. He would stare at her deeply as if knowing her deepest secrets.

It didn't help her when one night, he came near her and leaned before whispering seductively in her ears,
"Hello, mate. Let's fall in love with each other."