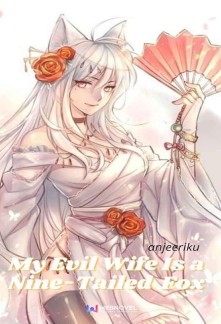 “Contractor, what is marriage?” Shen Minyao asked innocently, making Zhao Yichen speechless by her sudden question. For someone who had lived for centuries, how can she not know a possible relationship between a man and a woman?

“It’s a life contract between a man and a woman.” He said after a long silence between them.

“So does this mean that I am your wife and you are my husband?” She grinned mischievously before pouncing on him.

“W-what are you doing?” Zhao Yichen was stunned to see her stripping her clothes as she straddled him.

“Performing my duties as your wife, what else?”

When the fourth young master of the Zhao family, Zhao Yichen was assassinated on the remote mountain range of Qingqiu, his blood awakened the nine-tailed fox, the mountain guardian who was sealed for centuries. In return, the newly awakened Su Daji, who possessed the dead body of Shen Minyao, made a life contract with him and saved his life.

Through ancient tales, the nine-tailed fox was an auspicious symbol and symbolizes peace and prosperity in the world. However, it has been gradually demonized. It was turned into a beauty who sought to bewitch humans and their souls.

However, as Zhao Yichen looked at the quintessential fox-like woman next to him, he realized that she was able to not only bewitch him, but also steal his heart. But no matter how close he was to the fox woman, he couldn’t seem to win her trust.

As Zhao Yichen participated in a power struggle against his cousins, he and Shen Minyao uncover the unknown side of the seemingly normal modern world.