My Dearest General: It Has Always Been You 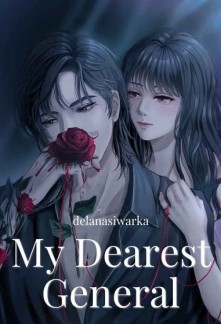 My Dearest General: It Has Always Been You

Sixteen-years-old high schooler Shi Nian was supposed to be the twelfth victim of a serial killer. After being confined for three months, she managed to escape somehow. Yet unfortunately, she fell into a landslide amidst fleeing and got buried underneath.

Afterwhich, she was in a coma, one which numerous doctors stated that only with miracle would she be able to pull through. Yet once again, she managed to do the impossible. Upon waking up, other than blurry memory of the incident and PTSD which caused her to be momentarily mute, Shi Nian regained the memory of her past life.

Her lord, General Jiang, was a valiant hero who led thousands of armies, fighting for the safety of the nation but ended up being murdered by the same nation he was protecting. Meanwhile, she was Shi Nian, his little mute maidservant who followed him to his death.

In this life, Jiang Jinyan was a high jump athlete who had his future ruined by a car accident that took one of his legs. He became a reclusive, gloomy and absolutely unapproachable Jiang Jinyan, totally different than how she remembered General Jiang to be.

With a string of bizarre cases which led her back to the serial killer, would she be able to reunite with him once again?

Alchemilla mollis—a little plant with frothy lime-green summer flowers and neatly pleated apple-green, fan-shaped leaves which persisted all season. Different from roses which bloomed in multiple colors with wide gorgeous petals, luring attention and adoration, Alchemilla mollis was often overlooked by gardeners. It grew as ground cover in shade or beneath roses.

Shi Nian was like Alchemilla mollis. She was invisible, taciturn and introverted. Yet, whenever he turned around, he would always find her there. She was humble, gentle, docile and mild. But no matter how much he pushed her away, no matter how harsh he was, no matter how despicable he became, she never left.

Slowly, she grew and rooted inside his heart. Until one day, he found that he was unable to live without her anymore.

In her past life, she couldn’t say any word. This life, she wanted to use every chance she have to tell him,