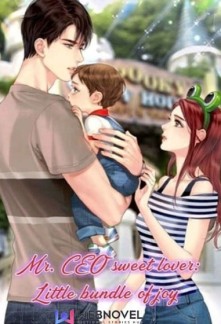 "When I tell you that I love you, I don't say it out of habit. I say it to remind you that you're the best thing that has ever happened to me"

She was forced to marry this strange man because of one night stand which changed her life completely. His family wanted from him a child, so they arranged a marriage for the both of them. Li xiao tried everything to get away from him, but he only told her that she will never leave unless she gave birth to his child.

Unknowingly to her, this strange man is the richest man in G city. He was more handsome and compelling and his dignity made him more arrogant looking while she is just the heiress of the xiao family.

He had an impeccable reputation. All the women in the world would scream desperately when they saw him, but she didn't.

Jingyi Wang cared and treated her like a Queen. He made her the envy of all the women, but there was one problem- she never loved him because her heart belongs to only one person.

But this jingyi was just too sweet to her.

He used his possessive love and supreme power lure her heart step by step.

"Si... Sir... Young master Wang, please, I can't give birth to your child. There are other women in the city. I don't think I fit your status" li xiao said and lowered her head.

Jingyi put his bony fingers under her chin and lifted her delicate face. He gazed into his eyes and said, "I want only you to give birth to my child"