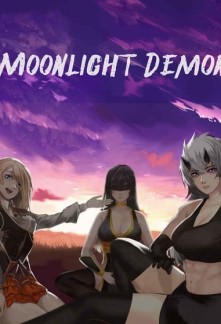 Ash had spent the last six years on the streets of the Jewel Empire's capital, Jade. In that time, she learned that she could only trust herself and that relying on humans was something she simply could not afford to do.

That changes though when she is chosen by the goddess Magia to become a Savior. Now, along with Keiko, a girl who has mastered everything except what her family wished she would, and Kaori, another Savior who is Ash's polar opposite, the half-demon has to figure out how to make this new life work.

But, with escalating demon attacks, her own confusing nature, and an entire religion that cannot stand her existence, she may not be able to do so.