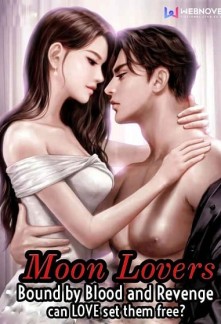 She is not a weak nor submissive type of woman. She is Dominant! A female alpha, the rarest of her kind, who could match up the strength of the most powerful creature, the Vampire King.
=========
Sworn Enemies turned to Lovers! A Unique Twist of Fate... It all began from one Betrayal... fueled by Revenge... however both of them couldn't stop their hearts from falling in love…

Bound by blood and revenge, can love set them free?
*****
Excerpt:

"I don't believe in Mate bond… All I know is that… You. Are. Mine!" His scarlet eyes settled on her face, blazing in a raging fury.

Meeting his intense gaze, she responded to him with a mocking smile on her face. "Just yesterday, you left me as if I am nothing to you. Now, you came back, claiming that I'm still yours? You even said that you would get your revenge by using me..."

In a flash, he closed their gaps, pushing her down on the bed while trapping her in his arms. "Yes, I admit it. I planned to get my revenge… by trapping you here…" he brought her hand into his chest, pointing to his heart.

"and by enslaving you here… in my bed," his mouth moved over hers in a sensuous exploration, traveling down her throat to her neck. His hand was already caressing her breast through her shirt. All she could do was bite her lips to suppress her moan.

"I will get what I want by making you mine!"

"Are you still mad? Why don't you take me? Bite me! Mark me as your compensation. I am all yours." he desperately said, offering himself to her.

This time, the corner of her lips curled up forming a mischievous smile, her eyes darkened with lust.

"I will not reject such a tempting offer…" she whispered seductively.

Before he knew it, he was now the one being trapped by her. The next thing he heard was the ripping sound of his clothes and the unbuckling of his belt.

Wet kisses reverberated in the entire room as she crushed her mouth against his lips aggressively with fervent need.

He was now being devoured by this strikingly beautiful vixen and he liked it!
=========
[ Warning: This Book features Mature Content R-18 ]

The CEO's Wife Is A Demon God's Daughter