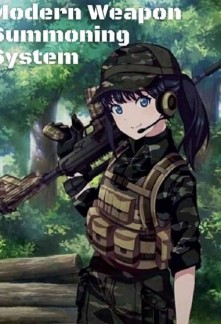 Del Is a teenage boy of humble birth from Earth. He is attending the last year of his high school until a magical circle transported the whole class into another world. He is the weakest among the other students that were summoned to another world. It resulted in him being banished from the heroes' party.

Consequently, he has to survive on his own in another world which he has no idea about. He only survived by doing low-level quests and cheap assignments. After his first time leveling up, he gained a new ability [Modern Weapon Summoning System], a system that can make any modern armaments with limitations.

The new ability gives Del an edge over his opponent. However, the limitations of the system are severe. Some of the weapons are even downright useless. In this world of magic, even the ability to make an assault rifle can’t protect him from those who wish him to disappear.

Can he survive while developing his new ability or will he end up six feet below the ground?