Me! The Strongest Alchemist! 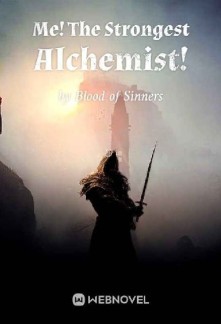 Me! The Strongest Alchemist!

This is a world of swords and magic. Here, sorcerers and knights are well established, while alchemists and forge smiths are revered by the Empire. Mas transmigrated from Earth to this world and became an apprentice alchemist. This was a very noble status, a brilliant alchemist could command the respect of any major city. Mas was also proud of his own position. But he didn’t expect that his teacher was actually a huge fraudster, who used subpar alchemy products to trick the Royal Capital.

When they came knocking on the door fuming with killing intent, Mas’s teacher Wosk had already run away. While Mas, who was his student, was left behind to deal with this mess. If Mas was unable to hand up alchemy products that are powerful enough, he would be burnt alive by the people of the Great Empire. Just then, he finally awakened the God-tier Alchemist System and received the Creator’s Alchemy Station. On this station, any monster could be created. [Obsidian Gargoyle], [Lightning Naga], [Iron Golem], [Granite Golem], [Puppet Dragon], [Laval Titan]...... One after another legendary alchemy creatures were born in the hands of Mas, and he gradually gained the title of the God of Alchemy!