Little Tyrant Doesn’t Want to Meet with a Bad End 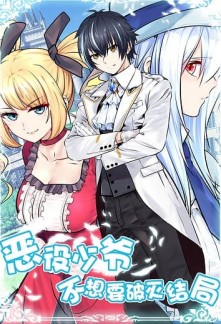 Little Tyrant Doesn’t Want to Meet with a Bad End

The moment the little tyrant of the nobles, Roel Ascart, saw his stepsister, he recalled his memories. He realized that he was in the world of a gal game he played in his previous life. To make things worse, he was the greatest villain in the common route of the game!

“I’ll be killed by the main character and the four capture targets ten years from now. Is there still any hope for me?”

Just thinking about the fearsome glints of those sharp swords those beautiful capture targets held in their hands, Roel couldn’t help but tremble in fear.

Till a voice finally sounded in his head.

【Welcome to the House Resurgence System】