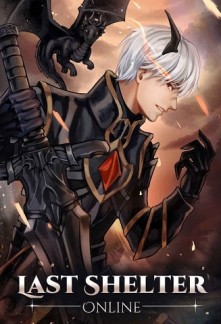 Together with the shocking death of a famous gamer, a new VRMMORPG was launched.

“This is not just a game, this is about building a second life.”

Said Dr. Jeff Johnson, the founder of Ninecent, when he announced the new game.

It quickly became the number one wanted game that even affected the global cryptocurrency market.

However, after the mysterious death of his brother. Hiro’s life had been wrecked with no money left to spend and no place left to live.

That is, until he received a surprise late birthday gift from the deceased.

While other gamers around the world were scrambling to get the limited edition of full-dive VR, Hiro received the mysterious beta-testing access.

Being an expert gamer himself, Hiro soon found something unusual about the new game, and it seems that there’s much more to it than a simple game.

Will Hiro find the truth behind it all?