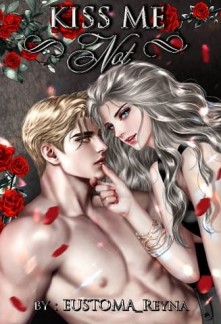 "Hurry up and take them off!" she demanded with her eyes tightly closed.

His eyebrows lifted up. "No! Only my wife can see me naked!" he replied firmly.

Opening her eyes, she complained, “But you said I could look for the marks?”

She saw a playful smile on his face and she could tell that something cunning was brewing in the man’s mind.

She growled, traces of impatience evident on her beautiful face.

She had been trying to coax him, to seduce him to get her wish, but somehow it all ended up with her naked and him enjoying the view.

"Fine! I will be your wife! Happy? Now just strip out your clothes!"

Her words made his full lips curve into a cunning but alluring smile. He immediately reached into his drawer and grabbed the marriage contract he had prepared in advance and said, "I need to be sure before I let you take advantage of my body. So, if you will just sign here, now!"

Her jaw dropped hearing his conceited words. 'That sly wolf.'

She looked at the paper and her eyes widened. It was really a marriage contract.

“You’ve got to be kidding me?” she unconsciously uttered.

“Well, I told you. I’ve never been more serious in my life. I have been waiting for you to accept my marriage proposal but you are always insisting on seeing me naked. I’m a bit conservative in this matter, you see. I think I already told you numerous times that I will only allow my future wife to see my nude body.”

She picked up the pen and scribbled her name and signature on the contract and then handed it to him.

"What are you waiting for now? Just strip, will you?"

Hearing her command, he smiled viciously, and stepping closer to her he whispered, "Huh! Why don't you do the honors and satisfy yourself? This body and my whole existence are now all yours!"

Brione Yu had everything one could ever want. She had always been an over-achiever who was good at everything she did. She was famous in the entertainment industry as a phenomenal model and actress.

She had everything which included a special person on whom she could rely for anything. Her best friend… her first love… Gavin Wu.

But she had lost him before she could confess her true feelings to him, that she was ready to take a chance and turn their friendship into love.

While she was missing him and longing for him, she had an unexpected encounter with a recluse Prince. He was the heir to the throne, in a foreign country. He was a cold and ruthless man who was feared by many. There were rumors that he was cursed and so he rarely came out of his palace which was situated on a secluded island.

But Brione could not explain her attraction for this Prince? Why did he remind her of Gavin every time she set her eyes on him?

The Prince resembled Gavin substantially but their characters were contradictory.

Was fate playing some kind of cruel game with her? Or was she being played by the Prince?