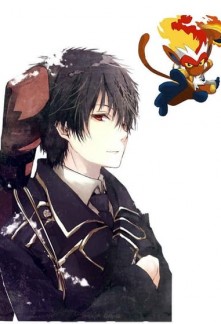 A war veteran and an anime fan as well, he got into anime by watching it with his grandson after his retirement, his grandson loved pokemon and so did he also came to like this world of pokemon where people didn't kill each other and people used to have fun with there pokemon, after watching Pokemon with his grandson and playing with him all day he got back his childhood which he could never experience due to the cruel war, and as of now our MC has turned 82 years old he was very satisfied with his life with no regrets and waiting for death to take him away but will death be is end or will it start a new beginning, a new legend.