I Woke My Vegetative Husband up at Our Wedding Night! 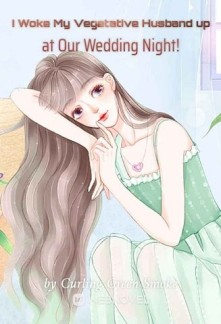 I Woke My Vegetative Husband up at Our Wedding Night!

Shi Qian’s stepmother set her up and forced her to marry a vegetative man. There were three good things about him. He was rich, handsome… and unable to wake up! Fu Sinian, who had been in a coma for more than three years, woke up and found that he suddenly had a wife. His petite wife was fair, beautiful and had long legs.“If you don’t love me, I don’t need you!” Fu Sinian said and coldly threw out the divorce papers.***Not long after, the famous Shi Qian was caught in a photograph in the bigshot, Fu Sinian’s luxurious car. Fu Sinian publicly clarified this and said, “Miss Shi and I are acquainted.”Netizens: “Are you guys only acquaintances? They’re both being driven around in the same car! We’re waiting for you to slap us in the face with your words, Young Master Fu! Nine million fans are watching and waiting!” Not long after, Shi Qian, who was popular in the circle, was once again photographed entering the hotel at the same time as Fu Sinian and only came out after three days. Fu Sinian clarified again, “Miss Shi and I are not in that kind of relationship. We’re not dating.”Netizens: “Mr. Fu must have failed in his pursuit! If there was a girl Young Master Fu can’t handle in this world, it must be their goddess, Shi Qian!”Thirty million fans continued to eat popcorn and watch the drama! Later, Shi Qian, who has two hundred million fans, had morning sickness while at the Best Actress Award Ceremony! Fu Sinian walked onto the stage slowly and hugged Shi Qian’s waist and said, “Thank you for everyone’s concern. Mrs. Fu is pregnant with our second child!”All two hundred million fans were confused. The beautiful Shi Qian was pregnant with her second child? They were watching the drama unfold all the way! When did they fail to keep up?