I, the Creator of Demon 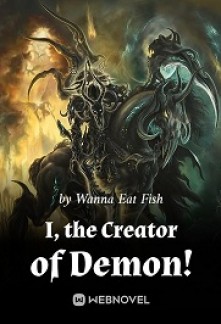 I, the Creator of Demon

After time traveling to a world which the demon coveted and where monsters were running amuck, Adam activated the Monster Editing System right before the worshipers of the demon were going to carry him to the sacrificial altar. He used everything in the world as materials to edit and create monsters. He got the monsters’ talented skills and part of their strengths. In this way, he started his confrontation with the demon. [99 Demonic Eyeballs] + [One-Eyed Giant Body] + [Chaotic Primordial Stone] = Chaotic Evil Eye, talented skill Direct Death Demonic Eye, everything dies under its gaze. [Blood of Angle] + [Nightmare Corpse] = Divine Nightmare, talented skill Heaven Descends, a dimension where the hell and heaven integrate and everything can be exiled. [Seed of the Dusk World] + [Egg of Mutated Dragon] = the Terminator Dragon, talented skill, in the field of calamity, transforming to the god of calamity, everything is exterminated. Void Shadow Spider, Hundred-Armed Giant, Chaotic Evil Eye, Terminator Dragon, Soul Taking Enchantress… He created countless monsters. When attributes could no longer restrict them, even the demon would get scared!