I Just Want to Freeload on Your Luck 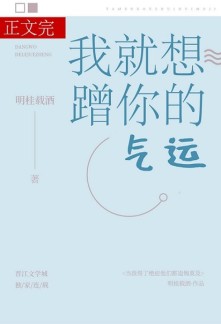 I Just Want to Freeload on Your Luck

Despite having found Mingxi, the Zhao family continued to favor the fake daughter, saying that Mingxi was not as kind nor as graceful as Zhao Yuan.

Mingxi didn’t mind. She continued to work hard to please her family although they would always say that she was trying to rob their attention away from Zhao Yuan.

Until she died because of a terminal illness.

It was then that she realized that Zhao Yuan was the actual lady blessed by luck while she was merely this novel’s evil supporting character with a tragic ending.

Zhao Mingxi who was given a second chance at life was bitterly disappointed. She no longer cared about her family. Screw her family and her fiancé. She immediately packed her bags and left home, off to complete the task given by the system named ‘Becoming Friends With Popular and Valuable Characters’.

After she left, the house suddenly became cold and quiet.

By right they should feel at ease, but–

Her parents, her indifferent elder brother, her brash younger brother, Shen Liyao who was used to her pursuits were all successively feeling… unused to it?