Harry Potter: Blood of the Dragon 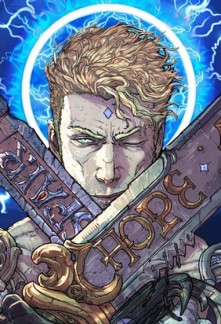 Harry Potter: Blood of the Dragon

Magnus, a 9-year-old boy got lost while watching a parade with his mummy.

He looked around for her but only tired himself out, eventually taking a break under a tree in a park.

But, that moment changed not just his, but also the destiny of the entire world. Because that tree was not normal, it contained inheritances from an ancient world-renowned wizard and a certain king.

The tree had waited centuries for someone worthy and finally, it had found one.

But what was so special that made little Magnus worthy? It's not possible that no other 9-year-old child ever slept under the tree in the past centuries.

"OH! What a surprise, but a welcome one. At least, now I can rest easy that I made the right choice." The ancient tree thought to itself.