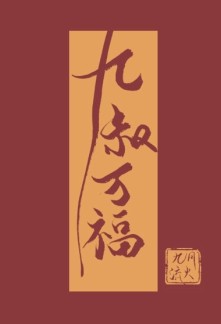 Cheng Yujin was the elder twin sister, who was supposed to be engaged to an excellent man. However she later learned that her fiance, Marquis Jingyong, had proposed to her because he mistakenly recognized her as her younger twin sister. Marquis Jingyong and her younger sister had a deep relationship, and after many twists and turns, finally broke through all hardships and became eternal lovers. While Cheng Yujin was the villain who replaced her sister’s good marriage, kept framing her sister, and hindered the main couple to be together. A really wicked older sister and poisonous ex-wife.

After the younger twin sister was reborn, she revealed Cheng Yujin’s ‘conspiracy’ early on. Everyone scorned her, and her so-called fiance was indifferent. Cheng Yujin sneered and tore off their engagement letter in front of her fiance.

Everyone was gloating and happily waiting to see her regret her actions. However, before Marquis Jingyong had a chance to see Cheng Yujin’s regret, he saw his former fiancee marrying his uncle.

The ninth uncle of Cheng family was truly a hidden dragon, his real power frightening everyone.

Cheng Yujin, this coquettish little wife, lightly lifted her eyebrows and casually said, “A mere Marquis Jingyong, is he worthy? Do you think that robbing him away will affect me?”