Going Wild After My Husband Fakes His Death 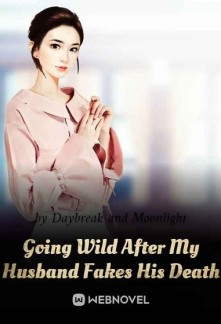 Going Wild After My Husband Fakes His Death

Jiang Yi was sent to a mental hospital by her biological mother. In order to escape, she had no choice but to marry the crippled second young master of the Qing family in the capital city.

After Qin Jingchen died, he made a will leaving his estate and all his assets to Jiang Yi. Jiang Yi almost dug up his grave and kicked his gravestone.
"Who the hell cares about your money? Did I permit you to die?!" Without realizing it, she had fallen in love with this pitiful young master.

After obtaining an inheritance of ten billion, Jiang Yi returned to S City for revenge and discovered that there was a professor named Song Rao at Huadong University who looked exactly like Qin Jingchen. Not only was he no longer crippled, but he also had become more talkative!

Professor Song, at first, "Your husband looks like me? You're certainly a lucky woman."

After finding out that Jiang Yi had faked a pregnancy to protect her inheritance, Professor Song was so angry that he turned livid. "What do you want to fake a pregnancy for? Why not have a child with me—your former husband and I look the same anyway."

Jiang Yi pulled out a photo sent by a private investigator and threw it at his face. "Qin Jingchen, you're still going to keep up this pretense?"