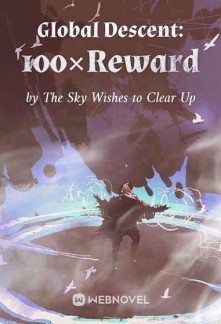 The Sky Wishes to Clear Up

The entire globe has transmigrated overnight!

In countries filled with billions of zombies, killing zombies, chopping down trees, mining, building, and blowing up haunted houses are means to obtain survival resources.
Lin Ye has awakened a 100×Reward talent, and he received a hundredfold of any reward received.
Newbie Gift Pack: an ax, two loaves of bread, three bottles of water
100×Reward (selectable)
1) 100 axes, 200 loaves of bread, 300 bottles of water
2) a Desert Eagle, 2 pounds of beef, 3 liters of Red Bull
With the construction of the bunker completed, the reward of four native workers becomes…
100×Reward (selectable)
1) 400 beginner native workers
2) 4 intermediate native workers
When the camp is completed, a Ranger becomes:
100×Reward (selectable)
1) 100 female Rangers
2) an Elemental Ranger
From then on, Forestry was invincible.
While others are still mining and fighting zombies for survival, he has already led Death and the Titan army in attacks against cities. When others start to form an alliance to resist the zombie horde, he has already broken through the haunted house headquarters in China and stormed his way into hell.