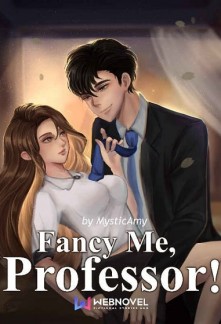 His sultry voice sounded in the classroom as he greeted his students.

"Welcome to Assessment of Student Learning class, and I, Pan An, would be your professor."

Most of the girls in the room stifled their swoon as the boys internally rolled their eyes at the women who reacted that way.

At the back of the classroom, however, was Shu Xian, the only woman who didn't swoon when she saw who their Assessment of Student Learning professor was.

Her eyes were wide open as her mouth was agape, her heart thumping hard in her chest as she couldn't believe what was happening in her life right now.

'I am living under my professor's roof!?'

19-year-old university student named Shu Xian was left irreparable when she was kicked out of her apartment due to not paying her rent since she only earned a little from her part-time job.

Tired as she wandered late at night, she decided to rest in the park with her dog until she was about to get assaulted by men!

Luckily, however, a man who was jogging by the park that same night saw what was about to happen and saved Shu Xian, taking her in for the night at the same time!

Waking up to an unfamiliar place, Shu Xian came out of the room and found the man. He introduced himself as Pan An and upon knowing from Shu Xian that she had no place to stay, had offered her to stay in his place.

Unknowingly, though, when she went to the university where she studies, it turns out that the man who saved her is actually now her college professor and that they're living together!

With the current situation given to Shu Xian, would she be able to succeed in keeping this a secret while she lives under his roof and studies in the same university where he works?

Could there be other intentions as to why the professor asked her to stay? If so, what could they be?

Is staying under one roof beneficial to them—or will it just hinder their lives as a teacher and as a student?

Let us know what would happen as we unravel Pan An’s intentions and Shu Xian’s struggles in the story entitled, “Fancy Me, Professor!”