Evolving into a Great Dragon From a Koi Fish 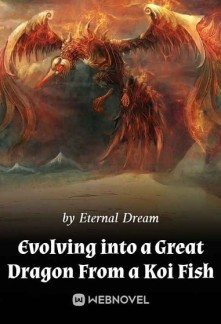 Evolving into a Great Dragon From a Koi Fish

Spiritual energy ecovery brought about fundamental changes throughout the entire world, and posed an imminent threat to it. Chen Yang died in an accident and reincarnated to become a tiny koi fish inside the fish tank in his own home. Just as Chen Yang complained about the unfairness of destiny, he awakened the Evolution System. Thus, with his sister’s feeding, Chen Yang started his insane evolution. As the whole world sank deep into apocalypse, Chen Yang descended from the skies to crush everything. He had evolved from a tiny koi fish to a gargantuan dragon. “This world shall be ruled by me!” When the fish playing in the waters was frightened by the net, it jumped over the Dragon’s Gate to become a real dragon. This is a story of how a loli raised a giant dragon, and dominated everything.