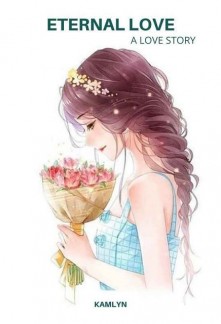 He stood beside her bed and stared at her face in wonder if it’s real. A smile appeared on his lips seeing her fluttering eyelashes as she was waking up. However, her reaction was different than what he had expected.

He stared at her in shock as he covering his face with his palm. Did she just slap him?

Zhao Ming's mouth was open in pure terror when she realized what she just did. She slapped the Emperor. The cruel-infamous Emperor of Ji Dynasty?

She was the Empress of the Ji Dynasty, but in name only. Never been treated or respected as the Empress, and witnessing the worst of the palace, the life gave her another chance to shine as who she is.
One day when she opened her eyes, she found her in unfamiliar surroundings. The world was full of people using strange items and in a world that was a world apart from hers.
Will the Empress of Ji Dynasty be able to survive in this competitive world?

She was the wife of the richest businessman in the country with the reputation of nothing but trash. She was labeled as a rebellious brat, shameless lazy woman. When she opened her eyes one day, she found herself in some strange world.

She became the Empress of the Ji Dynasty. Can the rebellious, shameless lazy woman adjust to the cruel, strict palace world? Will she change or change the world instead?

Can the Emperor get used to her being proactive in every single thing? Even in bed? The Emperor dotes on his wife to the point that she feels tired, how can a man be this cute? It’s illegal for men to be this cute.

She pushed him on the bed and sat on his body while looking at him with her tempting eyes.

“ Shh...Your Majesty, you just need to relax. I will do all the work.” She leaned in and sealed his lips with his moist lips making him crazy for her even more.