Dual System: Ascension of A Nameless Nobody 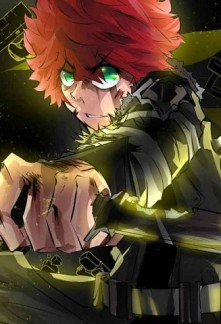 Dual System: Ascension of A Nameless Nobody

Jeong-Hui, a teenager with no accomplishments in life, spends his days in solitude, living alone and gaming most of the day.

That is, until a world-shaking revelation descended on Earth.
The one proclaiming to be "God" informed humanity of their failure as a species, and that Armageddon would begin.

However, as a means of giving those worthy of continuing on a chance, "God" introduced the "Armageddon Game", bestowing a special system onto every person of the world.
The system grants each player the abilities of Angels, reminiscent of an RPG as experience, stats, and level-ups are all present.
Though, as a person who lived a unfulfilling life as a lowlife and a coward, he begins his journey as the bottom-of-the-barrel start: level one.

Those who reach level twenty within the six month time period will be allowed access into "The Tower"--however, what awaits in the mysterious, heavenly tower is unknown.

Not intending to die after living a failed life, Jeong-Hui strives to reach the Tower, using his knowledge as a MMORPG player to ascend.

As an assassin-class and a martial artist class, he utilizes both the "Angel System", widely available to humanity, and another, unique system available only to himself to combat the trials in the way of his journey.

Online In Another World