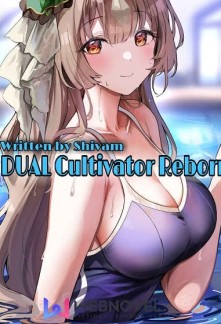 Yohan Was a game maniac, he loves playing the cultivation game which was popular on the earth, he was one of the Famous players in the action genre, but unfortunately, he died while crossing the road, Truck Kun Hit him with lightning-fast speed.

"I am Going to die like this, I was about to get a breakthrough in the Heavenly Soul realm, I waited for six years for this day but Damn you, Truck Kun, you ruined my whole life" Yohan cursed truck Kun with his heart content.

A light struck on the young man who was In deep thought thinking about the woman he loves, unfortunately, A Lightning struck on his body And the Next moment He died.

when people saw that lighting struck on the particular area, The mob started gathering in that place, to see what is going on there.

Suddenly The body of the Young man started flickering with Red light and started shaking violently The next moment he opened his eyes.

"Where am i" Yohan mumbled and his memory of his previous life started to come into his mind.

"Shit, I Died And reincarnated in a Different World" The young man mumbled to himself while he found himself half-naked in the middle of the road while people were looking at him with wide-open eyes, The area around that place was destroyed by a Lightning strike.

"You shameless bastard what are you doing here " A cold voice resounded in his ears, he looked behind in the direction of that voice.

"I Am a goner now" He mumbled when he saw a middle-aged man who was looking towards him with killing intent on his face.