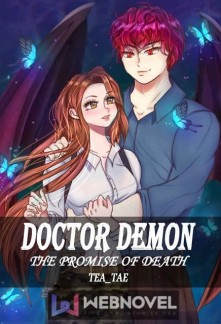 “If I get another chance to live, can I get the ability to protect her?” the little boy asked the reaper.

“Careful what you wish for,” the reaper warned. “The body you’ll get will awaken a sleeping demon.”

A promise made in death.

A demon who will be the end of her...

Hwang Jina is a detective in her early thirties who can communicate with the spirits of the dead. The dead come to her and haunt her until she helps them to move on. Smart and compassionate, she has the uncanny ability to solve even the most unconventional cases. Amidst all the dead souls, she seeks the one boy with whom she extracted a promise to meet again.

Hiding the pain of losing her first love, her quest to help the spirits lead her to an eccentric 24 year old, Ohm Hobin, a half demon and half human psychiatrist.

Masking his ability to read the memories of all living beings, Hobin is seeking the girl who has been haunting his dreams for a while. Flirtatious yet arrogant, his methods clash with Jina’s when it comes to catching deadly criminals and psychopaths.

But, there is something which keeps pulling them towards each other. No matter how much Hobin tries to stay away from Jina, his innate urge to protect her overpowers his ego.

Can he keep his promise this time? Or will the demon in him kill the person he loves the most?