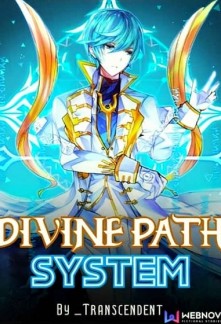 *Just read the free chapters and you'll be hooked.*

Varian only wanted to end the war with the Abyssals and bring peace so that no one would lose their dad like he did.

So he vowed to be the strongest Awakener and reach the peak of Divine Paths:

But those dreams crumbled the day his Mom died. A year passed and his dreams faded.

He thought life would stay the same until...

Divine Path System revealed his mother's last wish — Save the mysterious girl that haunted his dreams.

Armed with a mysterious system and determination to fulfill his mother's last wish, will Varian be able to save the girl and find out why his mother wanted to save her?

Join Varian on his journey as he writes his own destiny.

TLDR: A young man's journey to fulfill his mother's last wish to find the mysterious girl that haunts his dreams in a futuristic world with super powers.