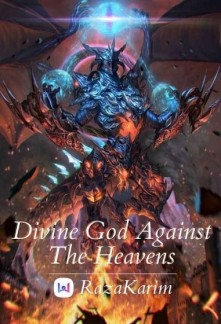 Heavenly Pearl, an unknown mysterious, and heaven-defying object, for some reason, enter the heart of a young man named Ye Xiao who was framed and crippled by his fellow sect members for some unknown reasons and got kicked out from his sect.

After the Heavenly Pearl enters Ye Xiao's heart, it not only repaired Ye Xiao's dantian but also grants him an unknown rank cultivation technique, which let him create Nine Divine Dragons in his Sea of Consciousness, and use the dragon's abilities as he wishes. He also gets the opportunity to merge with the memories of three Ancient Gods from the Heavenly Pearl.
From then on, Ye Xiao embarks on the path of Martial Arts, cultivates to the peak of the summit, and ascends the heavens. With the help of Heavenly Pearl, he will fight against the gods and devils and even against the heavens.

"No One Has The Right To Look Down On Me, Not Even The Heavens".