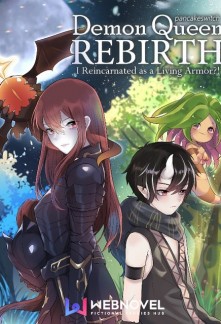 Due to the mercilessness of a wicked God, the Demon Queen’s Soul is sliced in half, reincarnating twice in her third life! Unfortunately for her, one of her halves reincarnated as a Living Armor inside the depths of a labyrinth!

Reincaranted not as a Living Being, but as a Living Armor, an Undead Ghost inhabiting a set of rusty armor, she will have to survive within the depths of the labyrinth as a Level 1 Monster!

However, as the former Demon Queen, she will destroy each challenge that dares come her way by relearning all the abilities, skills, and spells that she once held as the Sovereign of all Demons while merging them with the unique powers of an Undead!

As she rediscovers her previous life powers and knowledge, she begins to build a Demon Kingdom from zero, gathering strong allies and going against the Nations that had deemed of Demons, Beastmen, and Monsters as unholy existences!

...However, a dark shadow looms on the horizon, creeping slowly towards her future as she unravels the mysteries of the world and the gods that govern it.

And amidst the chaos of her third life, where could her other half had reincarnated?

Ruthless against her enemies, and compassionate towards her people, she shall reform the Heavenly Laws set by the Gods themselves!

This is the story of the weakest Demon Queen, who has sworn to never commit the same mistakes of her previous lives, and now, she will become the strongest!