Damn it! You Call This Beast Taming? 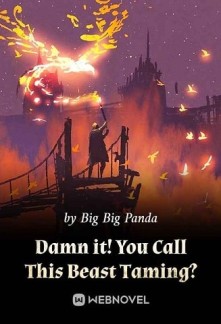 Damn it! You Call This Beast Taming?

Chu Feng was transmigrated to a world of tamers, where everyone would gain their unique tamer talent at the age of 16.

With the tamer talent, one could create a tamer space and form a contract with a beast.
Chu Feng was shocked when he learned that he had gained the SSS-rank tamer talent.
“Hah! My tamer talent is C-rank strengthening class! Behold! The Spirit Multiplier!”
“I have the B-rank talent, Flame Fusion! It’ll be a piece of cake for me to tame a flame beast!”
“I can enhance my beast’s battle will…”
Chu Feng couldn’t help but get lost in thought when he heard his classmates boasting about their talents.
The talent that he had received was the SSS-rank Infinite Growth.
As long as he had enough resources, he could rank his beast up to an undefeatable stage.
When he finally summoned his beasts, the others couldn’t help but drop their jaws.
The first was a 1.8m tall Desolated Bear that could smash a hill with a wave of its arm…
The second was a Phantom Butterfly that could destroy another dimension with a wave of its wings…
“Is he still a tamer?” the rest scolded.