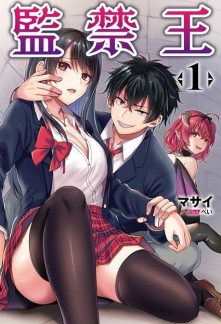 A girl who calls herself a demon appeared before a timid student named Fumio Kijima. The girl claims to be a campaign girl from the demon world and she gives him the ability to “summon a room” from nothing but thin air.

At first he doesn’t abuse his power and uses it as a convenient ability in his every day life. But one day he is bullied by his classmates under a false pretext and is made to suffer. In the past he would have wallowed in misery and cried himself to sleep, but now he had a power to call upon.

“I will make them regret it!”

Using his powers to summon his “room”, he begins his era of confinement and brainwashing to achieve his goals.