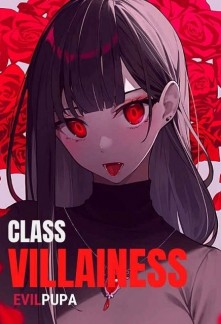 'I am the snake who will bite you at your weakest, break you until you beg for my mercy. Just like what you did to me before, I have no mercy against a disgusting bully like you.'

**
Emmelyn 'Emmy' Jones had been bullied for her three years of High School. She had been gossiped about, made an outcast, tormented, and even beaten until she had nothing but herself.

She thought after she graduated from High School, she would be free from the bullies, and set up a new life as a normal young adult, away from the torments of High School.

But she died on the night of the prom after she got ganged up on by the bullies, and they left her dying alone, lamenting over her fate...

Emmy closed her eyes, and she was brought back to life three years prior, as a freshman in the same school.
She only had one thing in mind, those bastards bullied her for three years, so it was her chance right now to avenge the torment she had faced.
"Fuck pity and forgiveness, they never pitied me, so I won't spare them any pity either."

Thus starts the story of Emmy, to be the Class Villainess, to avenge all the bullies who did her dirty those three years.

But who would've expect that her vengeful act attracted two powerful men,
The handsome School Prince, the idol that was loved by everyone, Mason Hall.
And the mysterious Wild Dog who always kept an eye on her, Logan Walker.