Becoming God of a Dystopian World 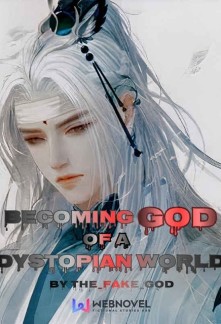 Becoming God of a Dystopian World

'Welcome to the New Era'

Waking up in an unfamiliar world, Zhao Luo realized the changes in his body.

In this distorted world, the lands that Zhao Luo once knew of, have changed into mountain ranges and every range has a Sect while the sect leader has all the power and control over the surrounding mountains.

Zhao Luo's simple life as a traveler had already ended the moment he was trapped in a sleeping capsule.

Now his goal is to become the strongest and reign supreme in this new world to achieve his ultimate goal of becoming a God.

Becoming the Disciple of this old man turned out to be a blessing for him."What? The egos of the Ancient Emperas are overseeing my growth?""Oh, he trained for 78 years to master this? But It only took me 4 days ^.^"

Zhao Luo's journey will bring him to the top as he crushes down his enemies, and make friends with unusual characters, each with a background of his own.

"She is mine."
Going against one of the three Royal families, just for the sake of his beloved, this journey is filled with everything you need.