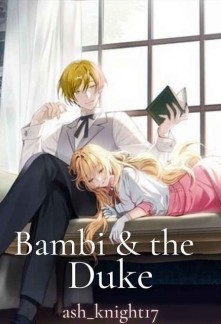 Disowned for being a human, Vivian was taken in as a maid at the age of seven by the Carmichael household. Serving one of the most respected and elite pureblood families in Bonelake, there were rules.

Rules that must be followed by all servants and maids.

Like everyone else, Vivian was repeatedly reminded not to disobey the rules. But before she could learn to blend into the background like the other servants, the Duke's young son calls to her,

And all hell breaks loose.

"What? Never seen a bruise before?" Leonard scoffed at the girl.

"Does it hurt?" Vivian asked, gently kneeling beside him and examining the several bruises covering his face.

Remembering what her mother used to do when she got a bruise, Vivian brought her sleeve to her mouth and blew warm air on it before placing it on the boy's cheek, taking him by surprise.

Leonard swatted her hand away, a hint of pink appearing on his cheeks embarrassed, "W-what are you doing?"

"Mama told me this will make the pain go away," the girl held her hand close to her chest as she shared her past memory.

"I’m not a child!” Leonard huffed at her.

“I don’t think you’re a child,” she stared at him with a crystal-clear gaze.

Taken aback, Leonard locked eyes with her for two seconds before shaking his head.

“Don’t worry about it. They’ll heal in a day or two anyways," he reassured her before getting up and taking a seat at the table where his books were placed.

"Odd girl," he muttered to himself as he pulled the top book from the stack and lost himself in it.

Heidi and the Lord