Back Then, I Adored You 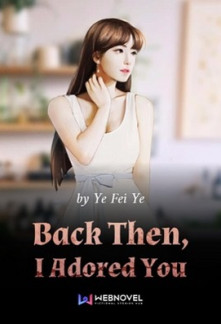 Back Then, I Adored You

One day, she slept with him accidentally. Two month later, she found herself pregnant, so they got married with baby.

“Mr. Gu, I like the dishes of this restaurant.” Then the chef of that restaurant was hired as theirs.

She thought of herself as a stranger to him after marriage as she had always been, but in fact he doted on her totally beyond her imagination. He would satisfy all her demands, except letting her find a job.

She kind of got anxiously bored at home, so she sneaked out to find herself a job. However, whichever company she was hired by would go bankrupt somehow or other.

Finally, she got to know it had been always him who had done mischief surreptitiously. She went to question him angrily, but he gave her a job with a smirky smile. The next day when she went to take the office with delight, she found her employee ID card on the desk said ‘Name: Qin Zhi’ai, Position: Wife of Gu Yusheng’.

The Beautiful Time With You

Living With a Temperamental Adonis: 99 Proclamations of Love

A Billion Stars Can’t Amount to You