Back For My Daughter 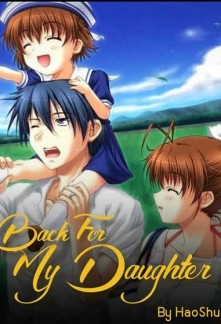 Back For My Daughter

"Dad promises that I will be always there with you, my little baby."

It was Ye Qian's promise to his child who was yet to be born.

However, fate didn't seem to agree as it took his life in the form of an accident before he could see his little one's face.

The promise that was made to his wife and daughter reverberated as he left the world, just two months before the child was born.

He died, but his soul transmigrated to another body in a different realm.

5000 years of deliberate cultivation in the heavenly realm as a venerable, helped him to reveal the secrets that could pave way for his return to the mortal world.

Finally, he achieved the ultimate power to break through the spatial tear and returned to earth.

"Don't worry, my baby. Dad is on the way to meet you," He chanted as he confronted the tribulation. Even when earthly suppression depleted his cultivation, he frets not.

All he wants is to meet his family and fulfil the word he once gave to his daughter and her mother.

Let's accompany Ye Qian in his journey to search for his family and witness his efforts to keep his wife and daughter happy as he helps them to cultivate, for an eternity together.

Join Ye Qian in a journey where he struggles against the norms of the world.