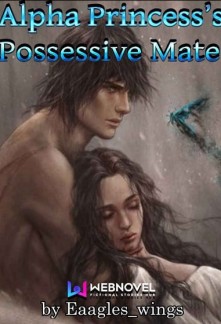 She wanted to just end her mission and go back to her political marriage, but he had already claimed her his possession.

Selene Adawolfa, the Princess of the Adalopha kingdom. Promises her father to bring peace to the village in their kingdom, by ending the age-old war, without revealing her identity.

On the first day of becoming part of the Winterwells pack in disguise, she gets herself into trouble. The unexpected turn of events brings her in contact with Fang Warchild, the alpha of the neighbouring village. The most handsome, yet the most vicious man in the entire kingdom who recognises her at the very first glance. And he was ready to ruin her mission just for the sake of owning her!

(The story takes place in the 90s so you will find technology in it!)

He approached me as his footsteps resonated in the dead silence inside the tent, and I couldn't get myself to step back waiting stunned. Stepping closer he lifted my chin asking again, "do you still choose otherwise Princess?"

I gulped, knowing Fang would understand very well what was on my mind, all my lies would be useless in front of how well he knew every nook and cranny of my brain.

Mustering all the strength inside me I whispered, diverting my eyes, answering exactly what he didn't want to hear right now, "Yes!"

A vicious smirk played on his face as he lifted me by my collar, while I tip-toed barely able to find the ground, trying to match his towering height. "I don't like it when someone touches what is mine," he leaned closer, his tall stature hovering over me just inches from my face and his infuriated breath crawling on my soft skin, "and you better know that your entirety belongs to only me!"